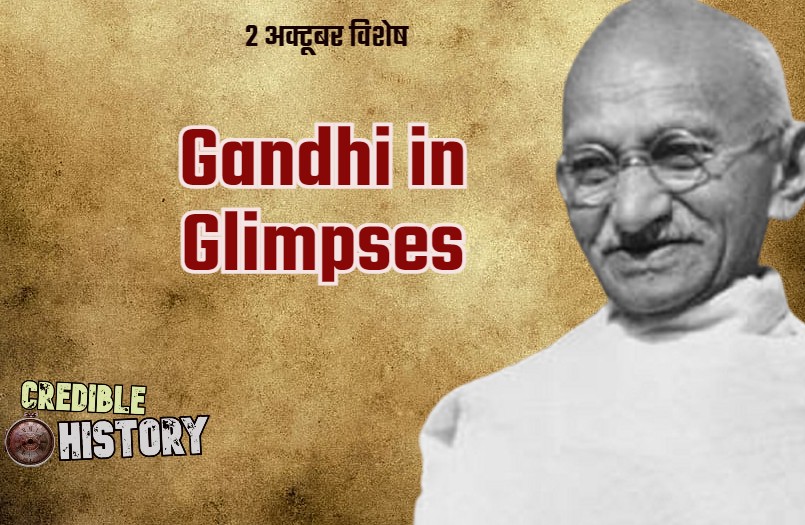 [ Omkar is a young student, inclined towards Gandhian thought. This is his very first article. We welcome all such bright young minds to contribute for The Credible History.]

Gandhi : A Humble Beginning towards a great end 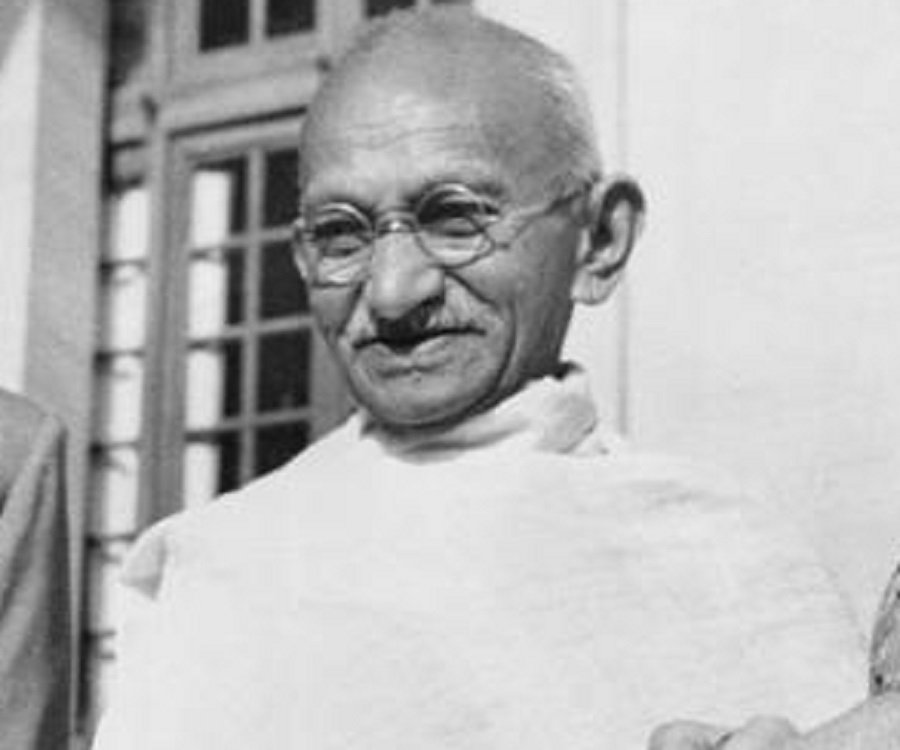 From the legends of Rama and Krishna, to Buddha, to Kabir and Nanak, Indian history is full of such mystic figures. There are divine stories about their births and deaths and about their youth full of miracles. Gandhi is also one among those greats but without those divine legends about his birth and youth. Though Gandhi’s earthly achievements are no less than those miracles.

Mohandas Karamchand Gandhi was born on October 2, 1 869, in Porbandar, a small town in Kathiawar Peninsula in Western India. He had a normal childhood like most of the Indian children had. But Gandhi, about whom we are talking today is a grown up man and not a child or a student. This Gandhi lived a smile life but still remains one of the most complex figure to understand. He was one man with multiple goals and ambitions. It is easy to look at Gandhi and admire him but it is difficult to follow his principles.

The greatest tragedy about Gandhi is he is least read and understood in the country whose history he shaped. But the idea of India given by him is still followed by millions. In a multicultural and multireligious country like India, Gandhi’s pluralism is a hope.

A Unique Concept of religion

Gandhi‘s religion and his pluralism was unique and was one of its kind. He discarded social evils and dogmas in his own religion. Though a staunch Hindu till the end of his life, he never followed the faith blindly. He attacked the caste system by attacking the untouchability. He proposed steps which were sometimes radical according to that time. Like this one he proposed to the Hindu women, on January 3, 1947 in Chandipur –

Invite a Harijan everyday to dine with you, or at least ask the Harijan to touch the food or the water before you consume it. Do penance for your sins.

For these kind of suggestions he was and is still hated by the extremists. Both Hindu and Muslim extremists loathed him. This hate finally took away his life, when a Hindu fanatic shot him.

I asked [Gandhi] repeatedly: Why don’t you hit out at the caste system directly? He said,’ I am undermining it completely by tackling untouchability’ … [Gandhi’s] genius lay in finding the weakest point of the enemy, the breaking of his front.

But before he was shot down on January 30, 1948, he achieved much which probably no human at that time could achieve. Before we achieved independence, instead of rejoicing about the upcoming historical event, Gandhi was touring the riot torn areas and was appealing for peace and for Hindu-Muslim unity, which was regarded by him as one of the most important and primary goal of his life.

I want to mention here an incident mentioned by Rajmohan Gandhi, grandson of Mahatma Gandhi, who spend some time with his grandfather during his final days and was twelve-and-a-half and was in a school event when his grandfather was shot dead, in his book Why Gandhi Still Matters: An Appraisal of the Mahatma’s Legacy. The writer recalls the time he visited Noakhali in November 2000, fifty four years after Gandhi’s trek there,

I asked the residents I bumped into on country roads if they remembered Gandhi. They didn’t know that I was Gandhi’s grandson or someone from India.

The reply of a man who gave his name as Sirajul Islam Majumdar of village Kamalpur, a man who seemed to be in his late fifties, and was the son, as he told me, of Dr. Khaleelur Rahman Majumdar, was as follows:  My father told us of ‘Raghupati Raghav Raja Ram, Ishwar Allah Tero Naam’.

Sirajul Islam didn’t just pronounce the words, he sang them. This was fifty-four years after his father had heard them from Gandhi, and in immediate response to a question from one he was encountering by accident. Sirajul Islam then added with some pride, ‘My grandfather protected Hindus on his roof during the rioting.’

Such was Gandhi and his principles which even crossed the boundaries of nationalism and religion.

Gandhi’s religion knew no boundaries, though a follower of Hinduism, he respected and took lessons from other religions too. He regarded everyone as sons of God. An incident from South Africa proves this when he told one of his Christian friend, who when saw Gandhi wearing a necklace of beads which was gifted by his mother to him, said that it was mere superstition. Gandhi replied to his friend in his own style saying that he could not accept that Jesus was the only son of God for l if God would have sons, all of us were his sons’. This incident is mentioned by Gandhi’s biographer, Ramachandra Guha in his book, Gandhi before India.

Another aspect of Gandhi’s life, for which he is more recognized today is his faith in non-violence. He was not a firm believer of non-violence since his childhood. His faith was developed in the doctrine during his initial years in South Africa. Books played an important role in this. A book he read in Pretoria in 1893-94 made him come closer to non-violence. This book was The Kingdom of God is Within You by Leo Tolstoy.

Tolstoy’s writings inspired him throughout his life. For the rest of his life truth and non-violence became his two weapons or a single weapon with two different names as Jawaharlal Nehru in his classic, The Discovery of India, writes – It was basically concerned with his firm belief in the moral law, which he calls the law of Truth or love. Truth and non-violence appear to him to be the same thing or different aspects of one and the same thing, and he uses these words almost interchangeably.

Gandhi s non-violence inspired others in India and abroad, who adopted the doctrine to fight injustice. Martin Luther King Jr., who was only one of those inspired by Gandhi and a firm believer in non-violence, once declared – ‘Christ furnished the spirit and motivation while Gandhi furnished the method’. He was talking about non-violent resistance. There are still millions of people who are fighting injustice with Gandhian methods.

Gandhi was the guiding light. Every section of society connected with him. He was a true leader who represented all. Even those who hated him couldn’t ignore him. He even had close friends among the Britishers, against whom he was fighting. He was a mass leader and a leader who people saw as one of their own.

After Gandhi’s death, Dwight McDonald, editor of New York journal Politics wrote – Gandhi was the last political leader in the world who was a person, not a mask or a radio voice or an institution. The last on the human scale.

Gandhi was like the sun who when not present at a place illuminated the other. When he was out from politics, he focused on social reform, when he was not into it, he was fighting communalism. He didn‘t rest as he had multiple goals and gaining the freedom from the British was only one of them. Louis Fischer, who met Gandhi several times during 1 940s and was also his biographer, writes in his book, Gandhi :

His Life and Message for the World-

India had had great men before Gandhi who dreamt and worked for national regeneration. They were luminous planets in a remote firmament, brilliant stars shedding light on a few satellites. Gandhi was planted solidly in the earth. He took sustenance from the people who walked on it and in turn fructified them. He was of the people, by the people, and for the people.