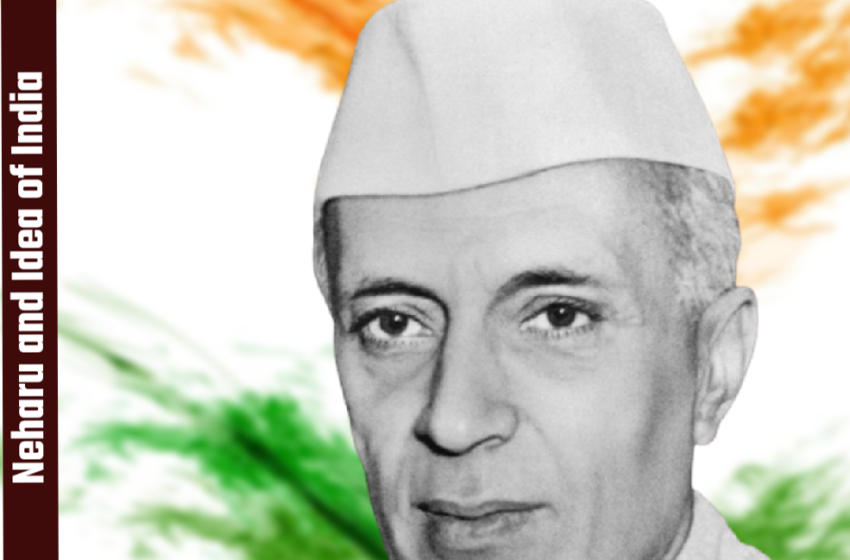 Nehru’s Idea of India under threat

Read it In Hindi

Jawaharlal Nehru famously called himself a “dabbler in many things” which explains why he should be called a man with an eclectic vision. He not only wrote about a range of things from politics, nature, history and poetry to science but also drew inspiration and sustenance from diverse sources, emanating from his wide travels and manifold readings.

His understanding of nationalism and culture was surely rooted in India but it went beyond a tunnel vision. He always remained committed to a secular, pluralist and non-discriminatory nationalism. As someone whose mind was more in tune with Gurudev Tagore, Nehru was most of the time a bit suspect of nationalism.

Among our nationalist leaders he was one of the most articulate and prolific writers with an eclectic vision of nationalism and culture. His father Motilal Nehru took special care of his education, first at home and later at Harrow and Cambridge in England.

Nehru pursued science in the beginning but ended up as a barrister. He pursued legal practice for a while but politics drew him soon and he spent rest of his life in freedom struggle and later as the first prime minister of independent India.

For him scientific thinking and tradition and culture were intertwined

Nehru wrote extensively on diverse subjects, including nationalism and the idea of India. Nehru was a cosmopolitan mind, open to diverse influences, which is clearly reflected in his writings. While he wanted to salvage whatever was constructive in India’s tradition and culture, he battled against the hegemony of religious dogma and orthodoxy which were obstructive in the country’s development and modernisation.

For him scientific thinking and tradition and culture were intertwined when he said “No tradition which makes one a prisoner of one’s mind or body is ever good”.

This eclectic nationalism and critical objectivity to understand our past and culture is a precious Nehruvian inheritance, which need to be reiterated today.

Why is Nehru with us 24/7 and always in a context where he can be blamed for some present failure or the other. He is projected as one of the key culprits for anything that goes wrong in national or even international context.

In the midst of all this abusive tirade against him, the worst danger emanates from the severe attack on the very idea of India he bequeathed to us.

An idea that evolved around a consensus of core values evolved out of the experiences of our freedom movement. All those who cherish and respect this consensus may find its vandalization outrageous. However, this surely sounds trivial or even irrelevant to those who stayed away from this experiment or were even antithetical to most of those values.

When we talk of Nehru’s idea of Indian nation and nationalism we just do not talk of Nehru alone. Nehru articulated and put together a consensus, as said before, amongst the stalwarts like Sardar Patel, Maulana Azad, Baba saheb, Sarojini Naidu and even scientists like Homi Bhabha, Meghnad Saha, Vikram Sarabhai and others.

All of them got together under the Nehruvian gaze and active participation to imagine a modern nation committed to pluralist ethos of Indian civilization.

This consensus also articulated a framework of democracy, which encapsulated modernist thinking and respect for cultural, linguistic and all other diversities. This is one of the most vulnerable legacy of Nehru that need to be protected from the regressive forces which threaten to undo it day in and day out.

Syed Irfan Habib (born 1953) is a historian of science and public intellectual. He was the former Abul Kalam Azad Chair at the National Institute of Educational Planning and Administration. His intellectual collaboration with Dhruv Raina as historians at the National Institute of Science, Technology and Development Studies (NISTADS), New Delhi in the 1990s culminated in the publication of a series of research articles (collected as a volume titled Domesticating Modern Science, 2004) on the cultural redefinition of modern science in colonial India. They also edited a volume together on Joseph Needham (Situating the History of Science, 1999), the section on “Science in Twentieth South and South-East Asia” for volume 7 of UNESCO‘s History of Mankind Project, and a reader on social history of science in India (Social History of Science in Colonial India, 2007). His other works include, ‘Indian Nationalism: The Essential Writings’, ‘Inquilab: Bhagat Singh on Religion and Revolution’, and ‘Jihad or Itjihad: Religious orthodoxy and Modern Science in Contemporary Islam.’