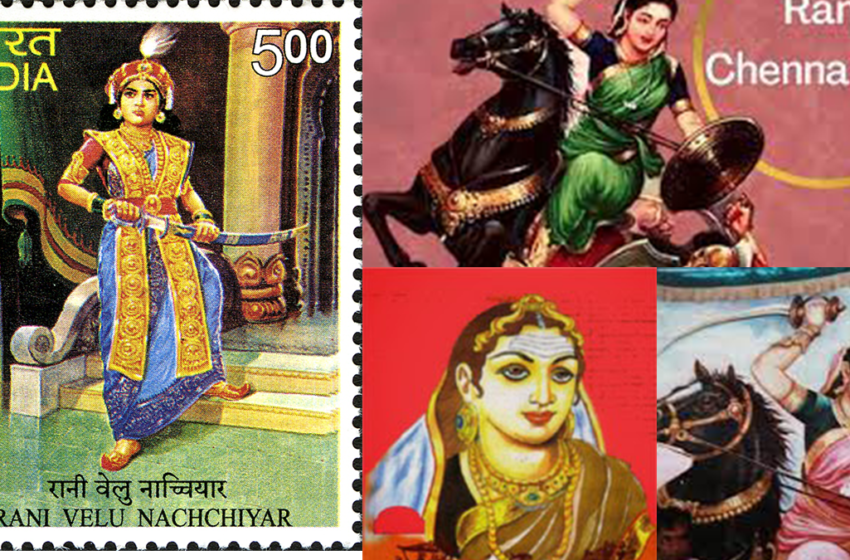 Freedom came to India at a price and when talked about the freedom struggle only a few names make to the list of sacrifice and strife, mostly dominant by males. Nehru, Gandhi and Sawarkar are the common household names which goes synonymous to the fight towards freedom. For Dr. R Vardarajan, the founder-president of Marathiya Manila Thevar Munnetra Peravai on a mission to re-write the saga of Indian independence, history is indeed ‘a set of lies agreed upon.’ Ironically, while referring to the freedom fighters, the common noun in usage is of ‘heroes’ which systematically abates the contribution of women revolutionists.

We have been accustomed to put the fighters in a water-tight compartment under the aegis of male members. The regional struggle that flared up across the country in the course of the freedom fight often does not get its due recognition.

Focussing on the immense contribution of West-India and South-India, the article will be highlighting the role and representation of Rani Velu Nachiyar, Belawadi Mallamma and Kittur Rani Chennamma during India’s battle with the Britishers. 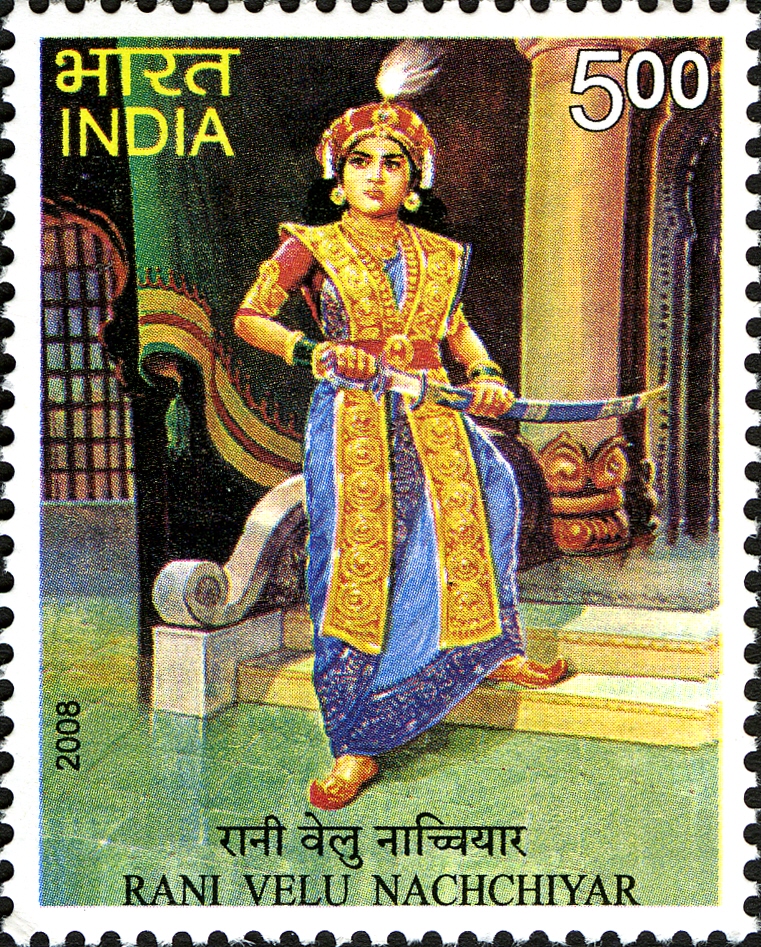 She definitely wasn’t India’s only warrior queen but she was the first queen to take on the might of the British in India. The story of Velu Nachiyar, the 18th century queen of Sivaganga in Tamil Nadu, is riveting also because she emerged victorious and returned the kingdom of Sivaganga to its former glory. History books will never tell us who Velu Nachiyar was, or that she was the first ever queen from India to have bravely rebelled against the British forces. Born in 1730, she was the only child. Trained in the art of warfare and martial arts she was fluent in Urdu, English and French, a rare feat for a woman in those times. When dark clouds loomed over her kingdom after her husband’s death, Velu Nachiyar along with her infant daughter Vellachi managed to escape.

Velu Nachiyar, was determined to wrest her kingdom and spent this time planning and gathering allies for an attack. During this time, she also built an army of women, known as ‘Udaiyaat’ and trained them in warfare.

Ultimately, her commander-in-chief Kuyili’s sacrifice helped Velu Nachiyar defeat the British. Due to her grit and bravery, the queen is fondly remembered to as ‘Veeramangai’ but sadly, through the pages of India’s struggle her name got lost with time. 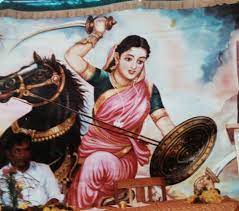 Along the same lines, was the role of Bellawadi Mallama. She was the first woman to have a specially trained women’s army in the 17th century to wage war against the British and also mighty powerful Maratha army led by Chhatrapati Shivaji Maharaj. She went to fight Shivaji Maharaj who even the British rulers and Mughals were scared of. There was a battle in Belwadi in which Yesaji, husband of Mallamma was killed by Marathas but Mallamma continued the fight with the help of her women warriors. The battle raged for 27 long days. Mallama continued the war, with her force and vowed to avenge her husband’s death. It is said that when Mallamma attacked she looked like ‘Goddess Jagdamba’ to Shivaji and he began to pray. When he got to know that she was the desain of Belawadi, he asked her to pardon saying “I made a mistake Ma…! Kindly forgive me!” Reconciliation was brought about and the conflict was put to an end, such was her aura and grit. 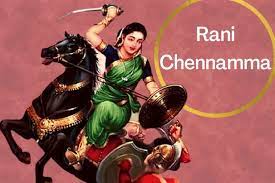 Story of Kittur Rani Chennamma differs from the previous two. Rani Chennamma and the local people opposed actively the British high-handedness. Thackeray invaded Kittur. In the battle that ensued, hundreds of British soldiers were killed along with Thackeray. The humiliation of defeat was too much to digest for. They brought in bigger armies from Mysore and Sholapur and surrounded Kittur. Rani Chennammma tried her best to avoid war. She negotiated and made efforts but all in vain. Alas, she was compelled to declare war. For 12 straight days, the valiant queen and her soldiers defended their fort but still the traitors sneaked in. The Rani was defeated. She was taken a prisoner and kept in a fort of Bailhongal for life. She spent the rest of her days reading holy texts and performing pooja till her death in 1829 C.E. Her story of valour differs from the common notion of romanticization of ‘victory.’ It is the struggle which plays a key role and not always coming out as victorious. 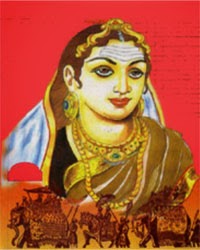 Not only Karnataka but Madurai of Tamil Nadu was not far behind. No history of Madurai is complete without highlighting the trials and tribulations of Rani Mangammal, a woman of tact, political skill, and great sagacity. Historian S. Rajagopal describes her as being a ‘visionary queen’ who wasn’t just an excellent administrator but also extremely popular among her subjects. She made her grandson who was only 3 months old, the heir of the throne and since then she had ruled Madurai on behalf of her grandson as regent till 1705 A.D. The first major problem that she had to face was the imminent threat from the Mughals. Her greatest trial and biggest military failure, however, was her expedition against Raghunatha Sethupathi. Although, she was a devout Hindu, she treated all religions with utmost tolerance and respect. As highlighted before, the history of Madurai can never be complete without mentioning Rani Mangammal’s name.

Such has been the weight of colonial and post-colonial erasure that the erasure that the generation today have very little idea about the role of women warriors who got them independence. Given that our country is a patriarchal setup, we have been fed the tales of male heroes and leaders, poets & writers, men who gave memorable speeches and men who stood up to the British, the stories of women are harder to find.

These were not the only ones but a miniscule of an ocean whose names despite being worthy of all the glory, remain anonymous to the masses today. Since long, Northern and Central India have been monopolising and taking its fair share of credit in getting India liberation but what often goes unheard and unsung is the facilitation of the South-Indian warriors particularly women who fails to make to the list of the freedom fighters.

Passive observer, an ardent follower of innovative trends, a meticulous person and professional. Post-graduate in English Literature and loves to pen about people and public affairs. Interest in watching romcom and taking long walks.