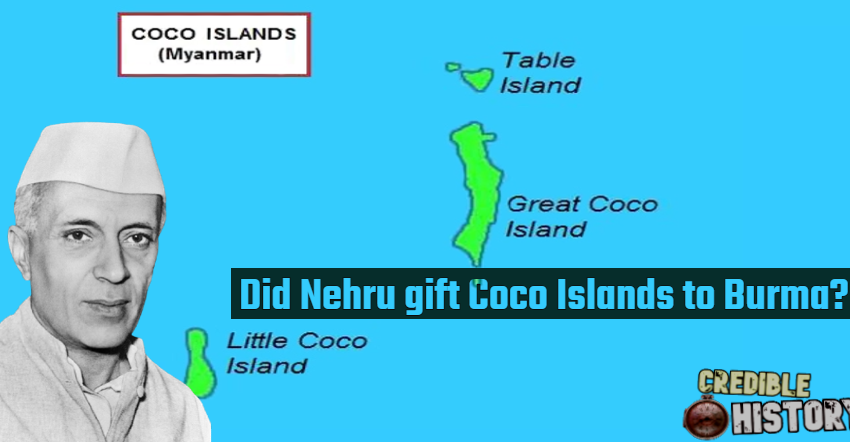 This case is presented as if Nehru had given Coco Islands as a birthday gift to Burma i.e. Mynamar. As if he said, “Lo bhai le jao tum bhi kya yaad karoge.”

But  is there any truth in such claims? Not even a ray of truth. Moreover, it is not that tough to debunk this. There is no rocket science involved in it. Even a person with basic knowledge of history would know about this issue.

Let’s find out the truth 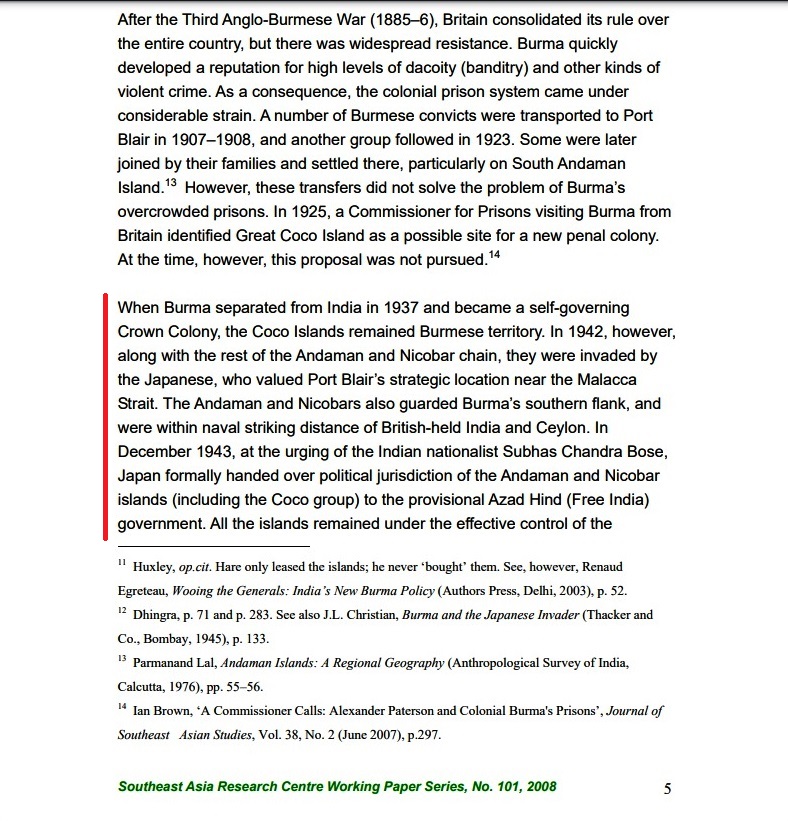 It is claimed that Nehru ‘gifted’ Coco Islands to Burma which later gave it to China and China takes advantage of this blunder by Nehru. But the truth is different.

Let’s look at the history of Coco Islands

Andrew Selth a research fellow in Griffith Asia Institute, Brisbane, Australia in his thesis – ‘Burma’s Coco Islands : Rumours and Realities in the Indian ocean‘ throws light on this matter.
On page no. 8 he wrote, “After Burma gained independence from the British in 1948 the Coco Islands passed on to the new union of Burma.”

Coco Islands were not a part of India. This territory belonged to Due to the remoteness of the Coco Islands, they were not properly governed, and the British transferred their control to the government of Lower Burma in Rangoon. In 1882 they officially became part of British Burma. When Burma separated from India in 1937 and became a self-governing Crown Colony, the islands remained a Burmese territory.

In 1942, along with the rest of the Andaman Islands, they were occupied by Japan. When Burma gained independence from the United Kingdom in 1948, the Coco Islands passed to the new Union of Burma which is now known as Union of Myanmar. 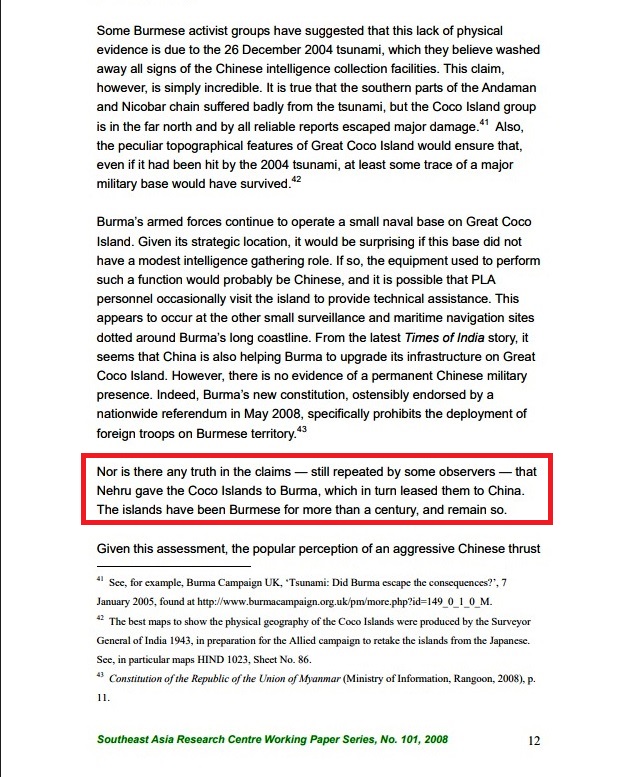 Andrew Selth in his paper submitted to South East Asia Research Centre of the City University of Hong-Kong also says that, “The statement by Indian Defence Minister George Fernandes to the BBC in 2003, that Prime Minister Jawaharlal Nehru had ‘donated’ the Coco Islands to Burma in the 1950s, and thus surrendered a vital strategic asset, was incorrect.”

Thus the above mentioned facts which are corroborated with solid evidences make us reach to the conclusion that Nehru didn’t gift the Coco Islands to Burma. How can he gift it when Coco Islands was not even a part of India?

Hence this allegation like many various allegations is false. This is nothing except a mere false propaganda to defame the image of Nehru.